It's been a little over a year since last we spoke, I'm sure you'd all believed me dead (some of you even wished it so, but I ain't mad at ya.) But like all evil, I wasn't dead, I was merely lying in wait, catching up on my Netflix queue.

A lot's happened over the last year -- I'm still continuing to work in animation, my graphic novel, WORTH, written by Aubrey Sitterson was released in stores and on Comixology, I got a haircut -- y'know, stuff. AND I've got a 2nd printing of Zombie Dickheads #1 on its way to me from the printers to have on hand for San Diego Comic-Con next week, July 24-27th. It'll also be up here for sale on the Paypal store. Here's the cover, a color variant on the original limited edition 1st printing: 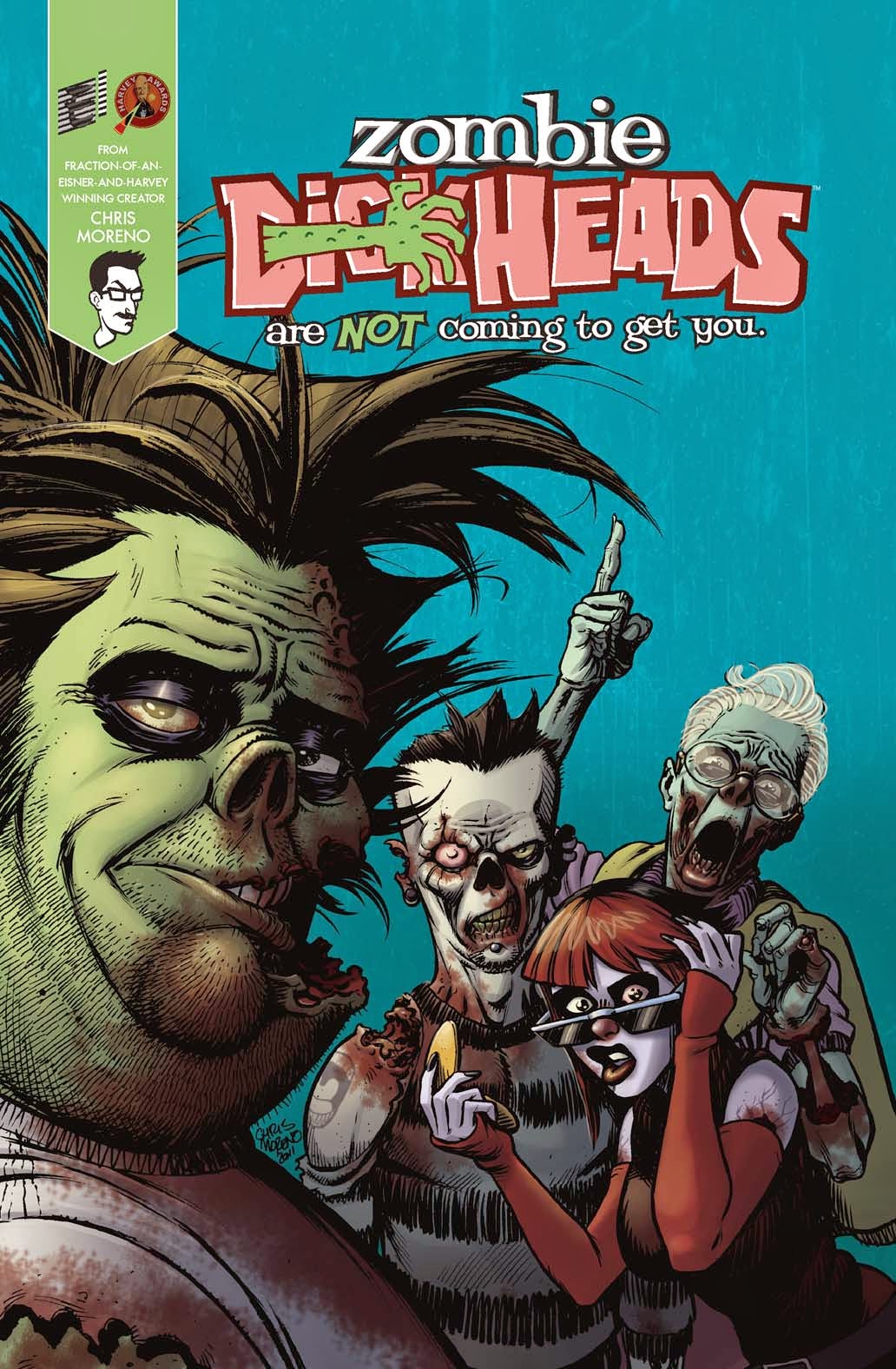 Now, some of you might be asking, "But, Chris, wasn't issue #2 in the works? Where's that shit?" Well, the answer is quite simple: It's still in the works. Zombie Dickheads is definitely a labor of love for me, something I fit in while I work on the stuff that pays the bills, keeps the lights on, and lets me cover the costs of doing more Zombie Dickheads. It's part of the reason that I designed each book to be a self-contained story, to cover my ass in case there's a delay until the next one. And also so that I don't leave you folks hanging on the edge of a cliffhanger while I get my ducks in a row. You're welcome!

There's also more fun stuff that I'll be rolling out in the next couple weeks, including a look at some Zombie Dickheads in live-action!

A big thank you to all the fans out there who've recommended the book and kept it alive (or at least animated in a "Weekend at Bernie's" kind of way.) Now that we've crawled out of the grave, we're gonna stretch our legs a bit.