Hey there, Dickheads! Very excited to be heading to the Pittsburgh Comicon this weekend, Apr. 20-22, in beautiful Monroeville, PA. For those not in the undead know, Monroeville, and more specifically the Monroeville Mall were featured prominently in George A. Romero's horror classic Dawn of the Dead. So what better convention to bring my Zombie Dickheads to than the Home of the Zombie? This also presented a fantastic opportunity to show my love for Romero's zombie universe by doing an homage to the posters for those films featuring our Dickheads in a series of prints debuting at the show. All three of these prints are going to be available at the show this weekend, along with copies of Zombie Dickheads Are NOT Coming to Get You. Hope to see you there!
Posted by Chris Moreno at 1:23 AM 1 comment:

I'm back from a whirlwind tour of 4 shows in a row, and I'm beat. There'll be a con report very soon, but first I'm putting the call out to all of you to find a very special zombie who got his portrait done in a copy of Zombie Dickheads at Wondercon in Anaheim, CA two weekends ago and missed picking up his sketch. Any help finding him would be appreciated. Drop me a line at zombiedickheads@gmail.com 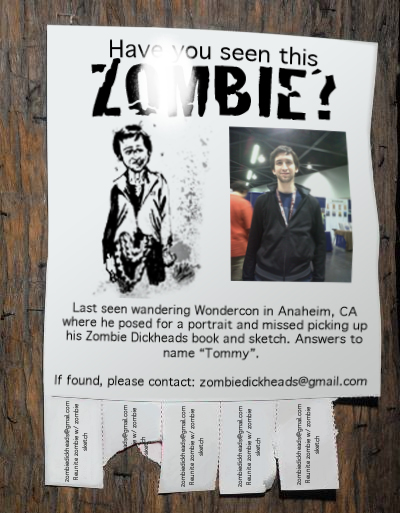 Posted by Chris Moreno at 11:49 PM No comments:

It's a new year, Dickheads, and that means new opportunities to reach out to those fellow zombie dickheads out there in this beautifully rotten country of ours and bring them into the fold. First up is the brand-new Image Comics Expo in Oakland, CA, Feb. 24-26. It's going to be an amazing collection of Image Comics talent, both original and new recipes. I'm going to have copies of the Zombie Dickheads one-shot along with a brand-new exclusive signed and numbered print you can only get at the show. Here's a sneak peek:


And that's not all. I'm planning on having exclusive prints for as many of the shows that I can. It's the least I can do in-between working on the next issue of Dickheads, which is coming as soon as I can finish up new freelance projects. Stay tuned!

I've updated the Appearances page for all of 2012's con appearances so far. Check back during the course of the year to see any new additions. Hope to see you around! And if you're a con organizer who'd like for me to come out to your show, drop me a line at zombiedickheads@gmail.com.

Best,
Chris
Posted by Chris Moreno at 7:42 PM No comments:

Zombie Dickheads continue to sweep the nation! Here are the Zombie Dickheads from the last shows of 2011, the Great Allentown Comic Con in Allentown, PA and Nuke the Fridge Con in City of Industry, CA.

Read more »
Posted by Chris Moreno at 3:16 PM No comments: 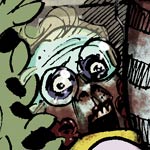 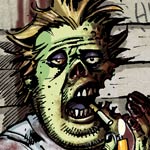 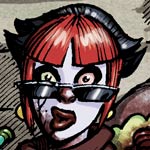